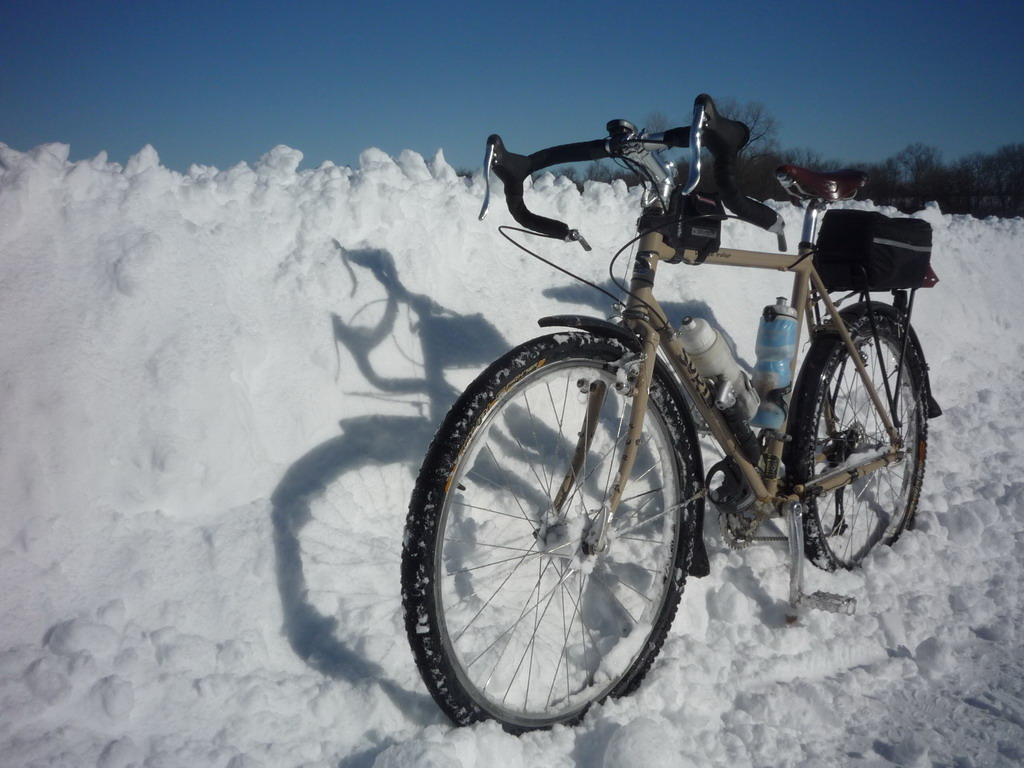 The gravel roads, though plowed, were snow-packed and slippery in spots. I went down once (and nearly did so several other times), but at slow speed, so no damage to me or the bike.