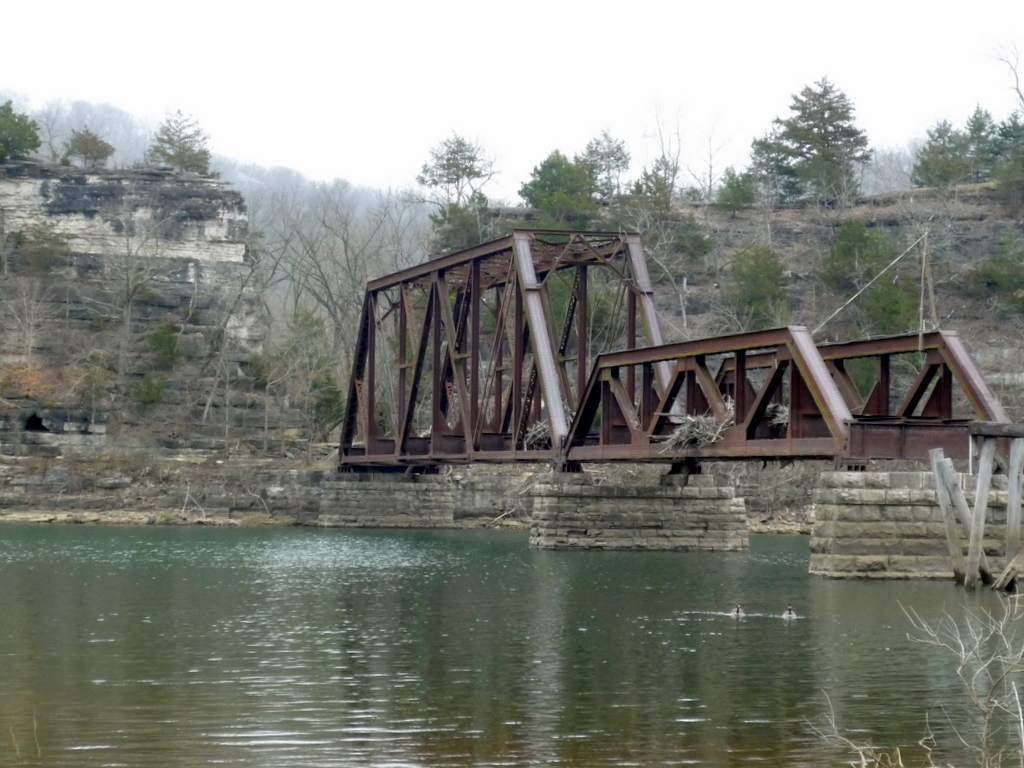 There's a nice old railroad trestle near Beaver, Arkansas, on what was originally the Eureka Springs Railway, which was later the St. Louis and North Arkansas Railroad, then the Missouri & Arkansas Railway Co., and finally the Arkansas & Ozarks Railway, which closed in 1961. There are numerous old trestles and bridge abutments still visible in the area. It's too bad the line didn't survive long enough to get turned into a rails-to-trails project -- it would have been a magnificently scenic trail.