Christ of the Ozarks 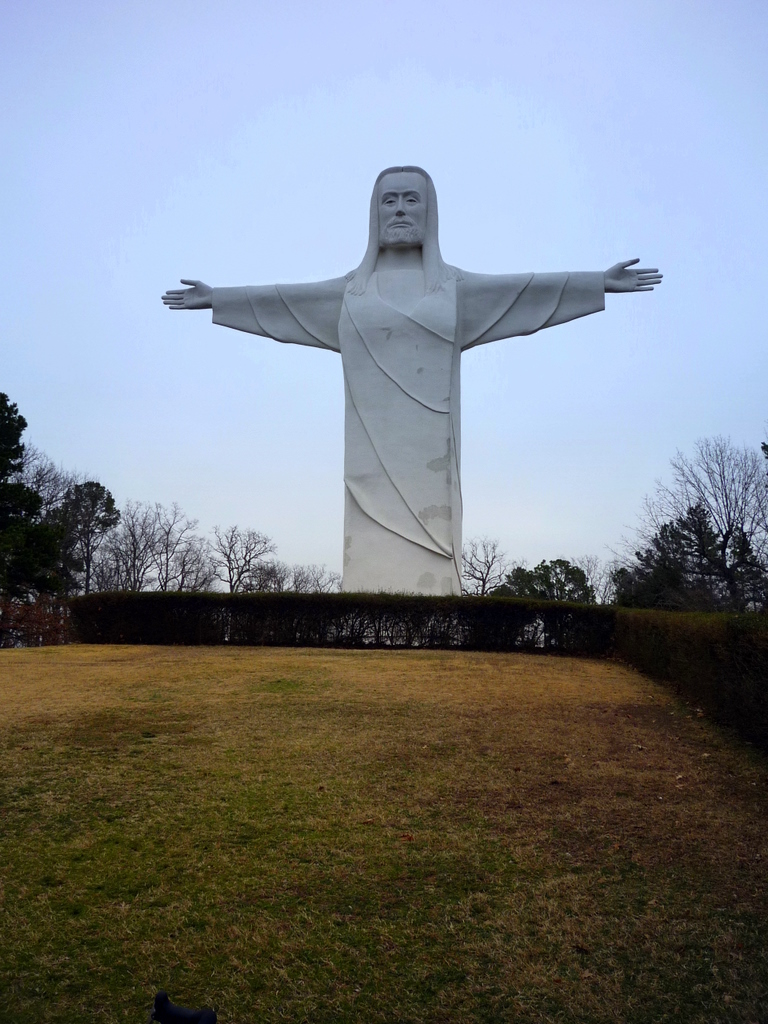 Christ of the Ozarks is a huge statue built on a mountain near Eureka Spring, Arkansas. The statue was proposed and built as the centerpiece of a proposed religious theme park which was never fully realized, but an outdoor performance of "The Great Passion Play", styled after that of Oberammergau, Germany, is staged four or five nights a week from the end of April through the end of October in a nearby 4,100-seat amphitheater.